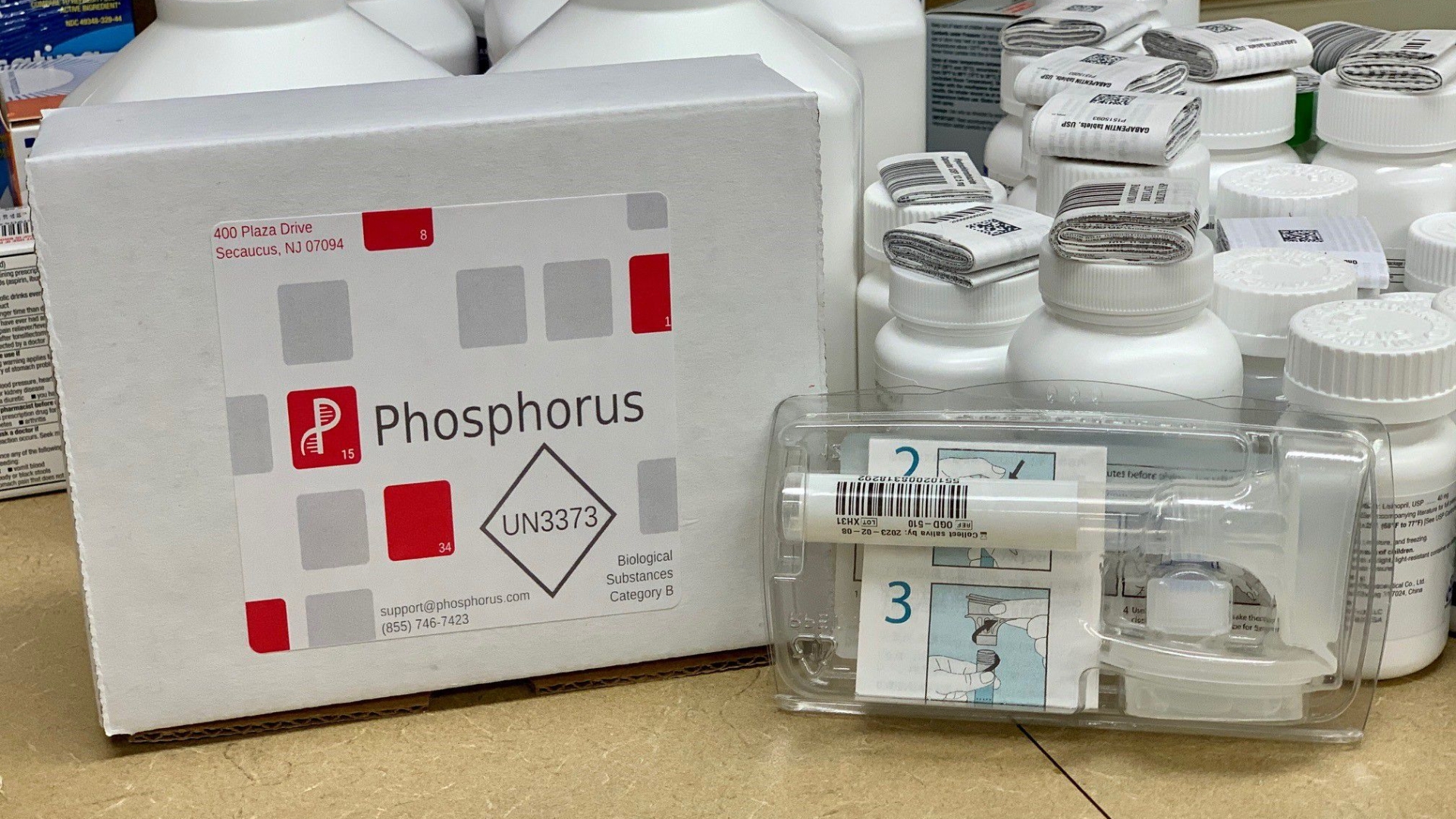 When you say “COVID-19 test,” most people think of the nasal swabs that go all the way to the back of the nose and throat, or a slightly different version that swabs immediately inside the nostril.

But now there are two new test options, a rapid antigen test made by Abbott Lab in Chicago, and a saliva take-home test made by New Jersey-based company, Phosphorous.

The take-home test is now available at every Safeway and Albertsons pharmacies in Washington State.

“It’s meant to be very easy,” said Elaine Mark, pharmacist and division pharmacy manager for Safeway Albertsons. “It’s not a nose swab, so it’s a little more comfortable than that.”

Customers can pick it up at the pharmacy or order it online at scheduletest.com. The test costs $140, though some insurance providers might offer reimbursement.

Downside: they cost $140. (Though you might be able to get reimbursed by insurance.)

The instructions tell users to spit a certain amount in a vial, break a seal to mix in a liquid, shake it, then mail it using a pre-paid FedEx label to the company’s labs in New Jersey. Results are emailed or texted to the customer in 72 hours.

The PCR, polymerase chain reaction, test looks for virus molecules in the sample, then, if it finds the virus, grows or amplifies the genetic material so it can be detected.

The company, Phosphorous, said the test is 97 percent accurate, but because the product is new, Public Health Officer Dr. Jeff Duchin is urging caution.

“Buyer beware with these take-home tests at the moment. We don’t have a lot of experience with them,” Duchin said. “I wouldn’t depend on it if you’re sick. I would see a health care provider,” he said.

Safeway pharmacists said the test would make sense for people who have a hard time leaving their homes, or travelers who need documentation of a negative test quickly.

“This is really meant for people who may be having difficulty accessing COVID testing or need some kind of official record for COVID testing,” Mark said.

The other new test is Abbot’s BinaxNOW rapid antigen test that gives results in 15 minutes.

Washington State’s Department of Health is getting 2.3 million BinaxNOW antigen tests from the federal government between now and December, and plans to start distributing them as early as next week.

Instead of growing the virus molecules in a sample, which requires a lab and sometimes days for results, the new Abbot antigen swab test looks for virus proteins. A nasal swab is rubbed onto a card loaded with a mix of antibodies. If there’s a reaction, then the test is positive for the virus.

Abbott said BinaxNOW is 98 percent accurate but Duchin said it also is considerably less accurate for people with no symptoms.

“In an outbreak setting where people are symptomatic, a positive test is relatively reliable, but in screening with people who have no symptoms, or (are) not known to be exposed, a positive test has a high likelihood of being a false positive test,” he explained.

“These have potential value. Unfortunately, what we don’t have to go along with the kits is guidance on how to use them,” Duchin said.

The state’s health department said in a release, “This first batch (of 149,000 kits) will be distributed to community health centers, tribal clinics and critical access hospitals to increase access to COVID-19 testing in the communities they serve across the state. A plan for distribution of future shipments is in development.”

This Clinical Guidance (“Guidance”) is provided for informational and educational purposes only. It is intended to offer physicians guidance regarding best practices in caring for and treating patients infected by COVID-19. Adherence to any recommendations included in this Guidance will not ensure successful treatment in every situation. Furthermore, the recommendations contained in this Guidance should not be interpreted as setting a standard of care, or be deemed inclusive of all proper methods of care nor exclusive of other methods of care.